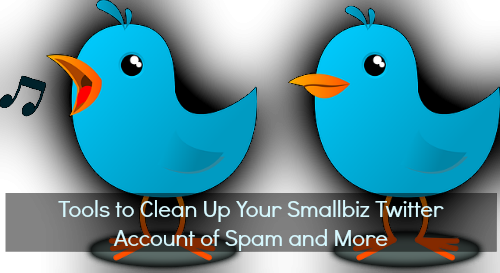 Are you following people who don’t fit your target profile?

Is it overwhelming dealing with SO many Twitter-ers who only tweet out links and promo stuff?

You should be using Twitter to get more sales, to build a community, to drive traffic and NOT to fight spammers and mindless tweets that have little relevance for you or your industry.

To get the most out of your Twitter account it is important to get rid of fake followers as well as unwanted followers and clean up anyone who may be filling your stream with spam.

Here are three great free tools to  clean up your Twitter account and get the most out of this social network for your smallbiz:

This cool tool uses the Twitter API to unfollow selected people you are following.

It is pretty simple to use. After logging in, you can enter the number of days in the past you want to check. If you enter 30, then anyone who hasn’t updated their Twitter status (tweeted) in the past 30 days will be shown on a list.

The users in the list that have a check mark in the checkbox are the ones you want to unfollow. If you are following people who don’t tweet very often, but you still want to follow them, add them to the whitelist to avoid unfollowing them.

The service is free if you use it three times or less in a month.

For each user you scan, the application looks for various characteristics associated with junk Twitter accounts, scoring each from 0 to 4 points. These points are added up and the overall likelihood an account is spam is expressed as a percentage of the likelihood that an account is junk.

The most significant indicators observed are aggressive following tactics, how much an account is ignored, whether the account has been blocked by other TwitBlock users, and whether many other accounts have the same profile picture.

We used this free tool recently and it is quite awesome.

TwitCleaner analyses the profiles & tweets of every single person that you follow, looking for certain patterns of behaviour like people not talking, being overly repetitive, common spam tactics, posting the same links repeatedly, etc.

It breaks down your report into*:

Dodgy – spam phrases, @ spamming, duplicate links, duplicate tweets, app spam, advertising networks etc
Absent – No updates in a month, fewer than 10 tweets, deleted & suspended accounts.
Repetitive – High numbers of duplicate tweets or links
Flooding – So high volume you can’t see anyone else
Non-Responsive – No interaction, those that follow back < 10%, streams that are all feeds (facebook, twitterfeed etc)
Little New Content – Retweeting lots or just posting quotes
Not Very Interesting – People who talk about themselves a lot, or aren’t followed back very much

TwitCleaner then gives you the choice of who to continue to follow and who to unfollow and clean up your Twitter stream easily and effortlessly. Cool, huh?! 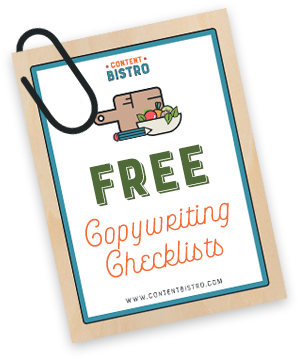